“The White Lotus”: Here are the real hotels featured on the show 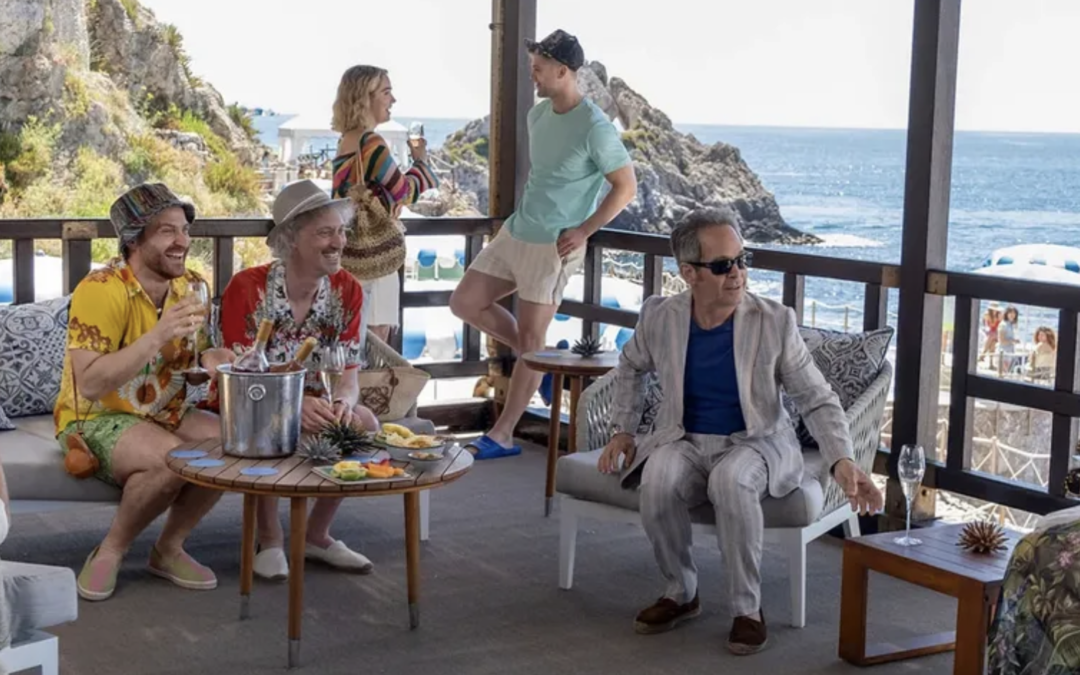 The second season of Mike White’s acclaimed HBO anthology series “The White Lotus” has officially come to an explosive end. And while most of the latest buzz concerns a beloved character’s “derpy” demise and another not-so-beloved character’s questionable sense of fashion, there’s also plenty of talk about the show’s luxurious locations.

Season 1 took us to the sunny, open-air beachfronts of Maui while the second season transported us to yet another picturesque beach destination in Sicily. With backdrops so gorgeous, it’s easy to overlook the messy drama of the series — the frivolous, oftentimes, murderous antics of rich people — in the face of such aspirational vacation locales.

Whether your heart desires the Pacific or Mediterranean, here’s a closer look at the real-life White Lotus resorts, whether they’re open to the public or not and their most extravagant offerings.

If you would like to book either of these properties,  WGY Travel is the key to access preferred rates with special amenities to enhance your stay and roll out the red carpet for your arrival.

The first season introduced us to the kooky staff at the White Lotus resort in Hawaii, the dysfunctional Mossbacker family, the newlywed yet incompatible Pattons and a lone traveler named Tanya McQuoid (Jennifer Coolidge) who’s seeking inner peace following her mother’s death. The focus here was money and power — which spurs rifts amongst the guests and the resort staff — along with a missing, illicit green backpack. In the end, someone does end up dead, adding to the bigger commentary about who has power. 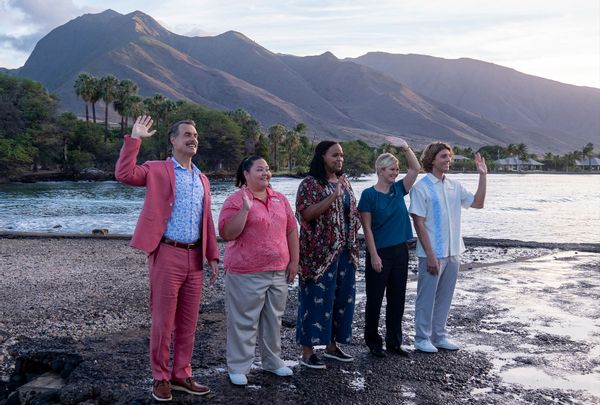 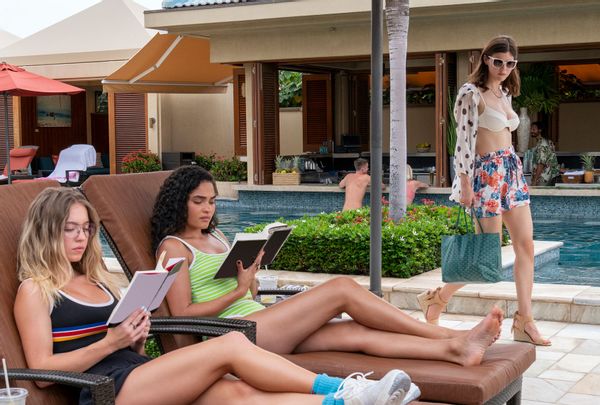 All the hoopla takes place in the real-life Four Seasons Resort Maui at Wailea, a 5-star hotel that is currently available to book. It’s located near one of Maui’s largest beaches, Wailea beach, and touts 380 guest rooms and suites; three pools; a spa, which offers wellness services by the pool and ocean; three golf courses and an art museum.

Current room rates range from $1,160 per night If you opt for the “Lokelani” Presidential Three-Bedroom Suite, which is akin to Shane (Jake Lacy) and Rachel Patton’s (Alexandra Daddario) sought-after Pineapple Suite, that will set you back $27,000 per night. What do you get? A whopping 7,200 sq.ft. of space, that includes a 1,900-sq.ft. private garden and options of two king and two queen sized beds. There’s also a 180-degree view of the nearby oceanfront and the islands on the horizon.

If you’re a bit more modest and yet still like some lavishness like the Mossbacker family, the hotel’s slightly smaller “Maile” Presidential Suite is 4,000 sq.ft. of indoor space and has a 180-degree oceanfront view of the Pacific, neighboring islands and Wailea Beach. Or, if you’re going solo like Tanya, that would be the Oceanfront Prime Suites, that’s still plenty roomy at 1,400 sq.ft.  with – what else? – an 180-degree oceanfront view of the beach and neighboring islands. 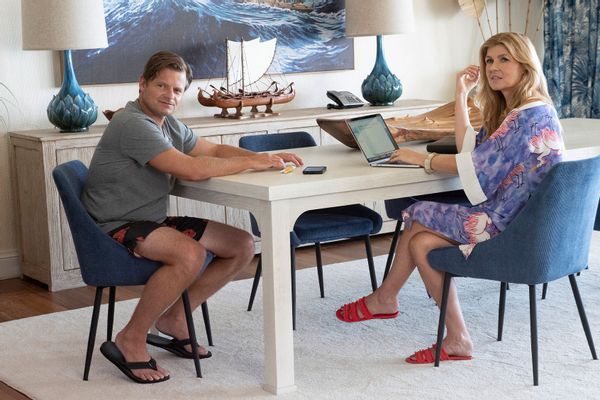 One feature we’d hope not to get on a jaunt to Italy is the floating corpse that Daphne Sullivan (Meghann Fahy) bumps into while swimming in the Ionian Sea. Nevertheless, it’s easy to see why she and husband Cameron (Theo James) – along with other married couples Harper (Aubrey Plaza) and her husband Ethan (Will Sharpe), and Tanya and her hubby Greg (John Gries) – would find the location enticing.

If you’re looking to recreate their romantic/dysfunctional getaway, you may need to plan ahead. The Four Season’s San Domenico Palace in Taormina, a former 14th-century convent-turned-luxury resort where most of the action was shot is currently closed but is slated to reopen on March 14, 2023. As resort manager Valentina will have you know, there are 111 rooms, suites and specialty suites (where you can have an illicit hookup with a piano player) that costs $800 and up, far up. If you’d rather not risk running into corpses in the sea, you could take a dip in the cliff top infinity pool that overlooks Taormina Bay. As seen on the show, San Domenico Palace is also near Mount Etna, which may or may not be erupting for dramatic effect should you visit. 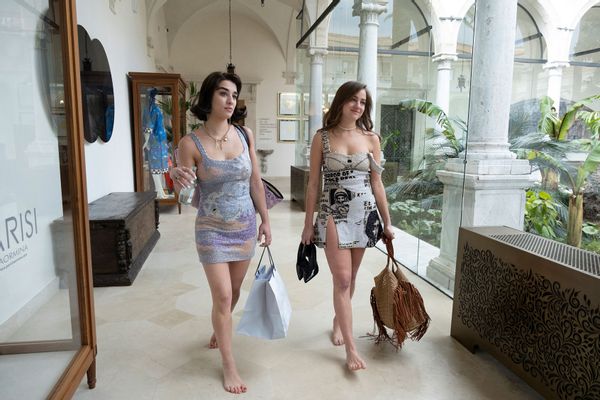 Fortunately, many of the historical towns and nearby landmarks that appeared on the show are open to visitors as well. First is Noto, the idyllic city in southeastern Sicily where Daphne and Harper spent their girls’ daytrip. For free, you can take in the city’s baroque architecture, limestone piazzas and beautiful cathedrals. Noto and its Piazza del Municipio notably appeared in Michelangelo Antonioni’s classic 1960 film “L’Avventura.”

Among the many other landmarks open that are open to the public include Taormina, the beach town on the east coast of Sicily, and Palermo’s Teatro Massimo, where Tanya dolefully watches “Madama Butterfly” with her shady bestie Quentin (Tom Hollander). It’s up to you just exactly how much of her adventure with the “high-end gays” you want to reproduce. 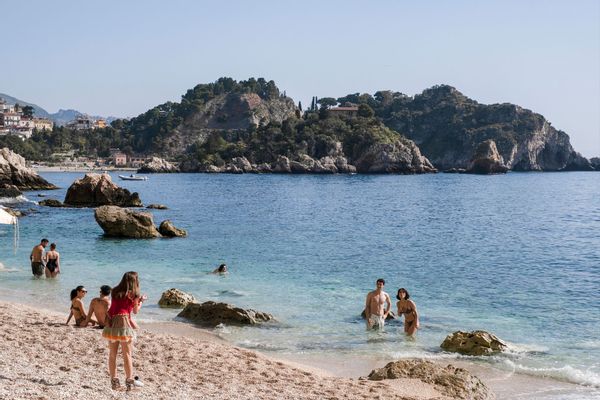 It’s no surprise that staying in “The White Lotus” hot spots comes with a hefty price tag, given its wealthy clientele like Tanya, who moved from Petal to Blossom status over the years. If you have the means to live like them, however, feel free to replicate their experiences (sans death, of course). However, if that lifestyle isn’t feasible, you can simply drive by each location and take a quick peek in.

The world tour of the White Lotus resorts will likely continue with the show possibly heading to South Asia in Season 3, per Daphne, who cheered, “Next year, the Maldives!” at the end of her season. White also told Vanity Fair in a December interview, “We are going to scout in Asia and look at countries there.