The top 12 things you can’t miss in Madrid 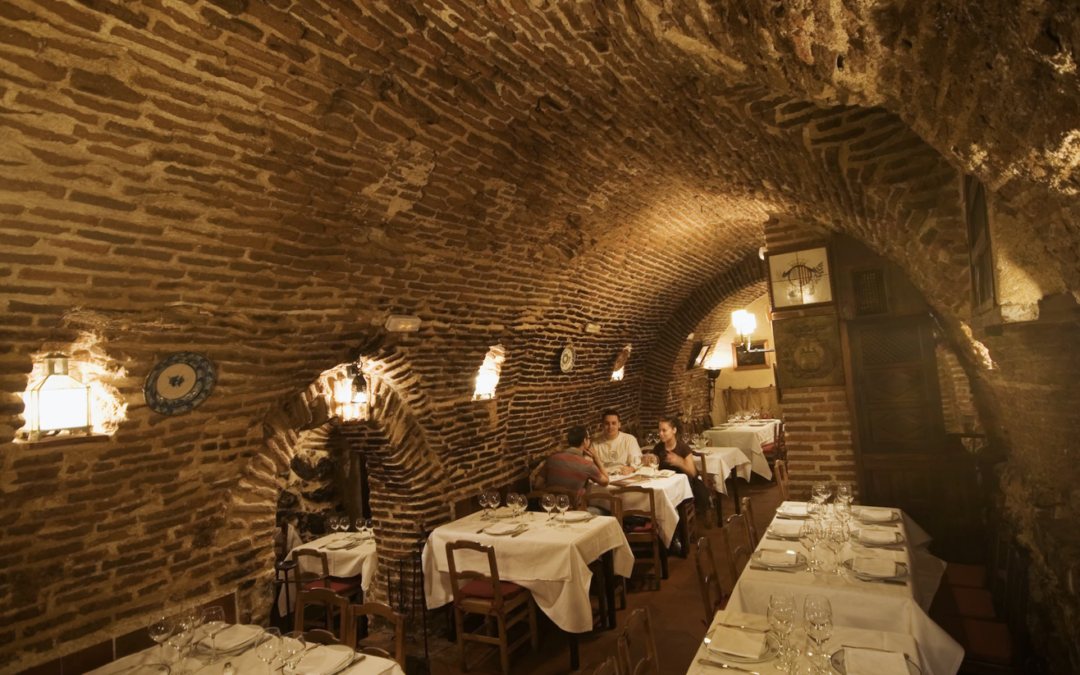 Madrid is a fascinating city with a storied history that spans nearly a millennium and a thriving nightlife that will have you still dancing as the sun rises.

With architectural wonders, world-class gastronomy, famed art museums and even an Egyptian temple within the city limits, the Spanish capital offers sights and attractions to satisfy all visitors. Here are 12 experiences not to miss in Madrid.

1. Visit the Golden Triangle of Art

Madrid’s “Golden Triangle of Art” consists of three renowned museums, the Museo del Prado, Reina Sofía and the Thyssen-Bornemisza, which are home to some of the world’s most valuable art collections. Even if you’re not typically the gallery type, a stop at one of these venues is an essential Madrid experience.

The Prado houses several masterpieces by Spanish artists Diego Velázquez, Francisco Goya and Francisco Zurbarán. Arguably the most famous work people flock to see is Velázquez’s Las Meninas, an oil on canvas considered among the most important paintings in Western art.

2. Get a taste of Spain on a traditional tapas crawl

Tapas hopping, or ir de tapas, is a national pastime and a satisfying prelude to dinner, which in Spain is typically eaten between 9pm and midnight. A tapa is a small plate of food usually paired with a glass of wine, caña (a small glass of beer) or vermút, Madrid’s popular aperitif.

You can join locals after work any day of the week, hopping from one tapas bar to the next to sample a selection of Iberian hams, charcuterie and cheeses.

Planning tip: Sunday afternoons are the best time to visit Cava Baja, a popular street in the historic La Latina neighborhood with vibrant little bars, taverns and restaurants that are perfect for a laid-back tapas crawl.

Every Sunday and on public holidays, you can take part in a 400-year-old shopping tradition at El Rastro flea market. Open from 9am to 4pm, El Rastro stretches along the La Latina neighborhood’s Plaza de Cascorro, La Ribera de Curtidores and Ronda de Toledo and features a labyrinth of open-air stalls peddling clothes, souvenirs, handicrafts, antiques and all the bric-a-brac you can imagine.

Planning tip: Many of the vendors only accept efectivo (cash), so it’s best to take money out before heading to the market, or you’ll be left hunting for an elusive cash machine.

For the best bird’s-eye views of the Spanish capital, hop on the Teleférico (cable car) in Parque del Oeste, which connects to Casa de Campo, the city’s green lung.

The dual cable transport system features 80 cabins, each of which seats six people, and it travels a distance of nearly 2.5km (1.5 miles). If you can brave the vertigo, the Teleférico reaches a maximum height of 40m (131ft) and offers spectacular vistas of the city and the Casa de Campo parkland below.

“Hemingway did not drink here” is a popular joke written on signs hanging in some Madrid establishments. It’s no secret that the American literary giant, fondly called “Don Ernesto,” was Madrid’s adopted sybarite who loved to drink, eat, write and watch bullfights while he was covering the Spanish Civil War as a foreign journalist.

Fans of Hemingway can retrace his footsteps and enjoy some of his favorite haunts that still exist today, including El Sobrino de Botín, the world’s oldest restaurant, which houses a 16th-century cellar cradling dust-covered wine bottles.

Planning tip: Don’t bother whipping out your camera phone at La Venencia – snapping photos is still strictly prohibited, just as it was in the 1930s when the bar was wary of fascist spies.

Parque del Buen Retiro, Madrid’s most famous park, is an expansive 118-hectare (292-acre) area that was once reserved for Spanish royalty and aristocracy until it was opened to the public at the end of the 19th century. “El Retiro” is adorned with ornate fountains, statues of Spanish writers and heroes, gazebos and open-air cafes.

Different areas of the park reveal various landscaping styles, from French-inspired manicured lawns to craggy tree-lined pathways and the romantic La Rosaleda rose garden with more than 4000 roses that are in full bloom in May and June.

The park’s grounds have several landmarks, including the grand Monument to Alfonso XII depicting the former Spanish king atop his horse, the “Fallen Angel” statue (one of the only public statues of Lucifer in the world) and the oldest tree in Madrid, planted in 1633.

Planning tip: Don’t miss Palacio de Cristal, an architectural marvel of iron and glass that occasionally hosts events and reflects magnificently on the waters of the surrounding lake.

While Andalucía in southern Spain is the birthplace of flamenco, you don’t need to venture far from Madrid to watch live shows of the Spanish dance. Dinner, tapas and drinks are usually served during the performance, providing a full evening’s entertainment.

You can watch the frenetic spectacle in big touristy venues such as Cardamomo and Teatro Flamenco or smaller cozy venues like Las Tablas, which make up for their size with the big flamenco artists they attract.

Planning tip: For a truly luxurious experience, the Corral de la Moreria is an intimate space that also features a Michelin-starred restaurant.

8. Stand in the center of Spain

Translated to “Gate of the Sun,” Puerta del Sol, or simply “Sol,” is Madrid’s busy central public square and main crossroads. A clock sits atop the plaza’s main building, the old Casa de Correos (post office) – now the headquarters of the Madrid regional government – and every New Year’s Eve, thousands of revelers gather here to eat the traditional 12 grapes right before the clock strikes midnight.

All roads (quite literally) lead to Sol, as it is the symbolic center of Spain, marked by the Kilometer Zero plaque at the footstep of the Casa de Correos. At the plaza’s center is the equestrian statue of King Charles III, though his popularity is overshadowed by a more famous character on the east side of the square – the Bear by the Madroño tree sculpture that represents Madrid’s coat of arms.

Spain is a soccer powerhouse, with the men’s international team winning both the World Cup and European Championships and its regional teams dominating European football.

Madrid has two teams, and soccer fans can enjoy a tour around both world-renowned stadiums – the Estadio Santiago Bernabéu for Real Madrid and the Wanda Metropolitano for Atlético de Madrid. Guided tours to the museums display the teams’ trophies, jerseys throughout the years and memorabilia narrating their long, illustrious histories.

10. Pull up a chair in Plaza Mayor

At the heart of old Madrid, the beautiful, expansive Plaza Mayor has been the stage for everything from royal crowning ceremonies and soccer games to outdoor markets, bullfights and public executions during the Spanish Inquisition.

Today, 237 balconies peer out from a three-story residential compound embracing the plaza. While it’s easy to get distracted by the buskers, it’s worth taking a seat at one of the buzzing (albeit overpriced) cafes and taking time to admire the magnificent frescoes painted between the balconies.

Planning tip: The square also plays host to the city’s annual Christmas market, which has taken place since 1860.

11. Check out an Egyptian temple

Few people know that Madrid is home to an ancient Egyptian temple from the 2nd century BCE. Dedicated to the goddess Isis and the god Amun, Templo de Debod was the Egyptian government’s token of gratitude to Spain for helping restore the temples of Abu Simbel in southern Egypt. Templo de Debod was transported and rebuilt stone by stone in Madrid’s Cuartel de la Montaña Park, near Plaza España.

Planning tip: The temple boasts some of the best panoramic views of western Madrid, particularly at sunset when the temple’s walls are reflected off the surrounding pools, making for incredible photos.

12. See the changing of the guard at the Royal Palace of Madrid

Although you won’t find the Spanish king and queen living in Palacio Real anymore, it is still the official residence of the Spanish monarchy. Inspired by the Italian sculptor Bernini’s sketches for the construction of the Louvre in Paris, the palace faces a large central courtyard and contains 3418 rooms, making it the largest functioning royal palace in Europe.

The biweekly changing of the guard happens every Wednesday and Saturday, but the grander spectacle is the Solemn Changing of the Guard that takes place every first Wednesday of the month, showcasing a parade of horses and the Spanish Royal Guard, as performed during the time of King Alfonso XII.